On the occasion of the centennial of the born of Bruno Zevi, MAXXI – Museo nazionale delle arti del XXI secolo and Fondazione Bruno Zevi conceived and organized Gli architetti di Zevi. Storia e controstoria dell’architettura italiana 1944–2000 [Zevi’s Architects. History and counter-history of Italian architecture 1944–2000] an exhibition curated by Pippo Ciorra, Jean-Louis Cohen that aim to investigate the fundamental role of the Italian architect as critic, politician and designer. Bruno Zevi was a multitasking figure and the exhibition reflects the complexity of his personality. The curators of the exhibition decided to describe this complex character through three parallel, but strictly interlaced, tales. The first level of the exhibition describes the role of the architecture’s critic; through some articles and other writings the curators chose a selection of thirty-eight projects and relative designers’ groups of working. The second level is a huge display system, based on a timeline, which follows the entire exhibition. Documents, photographs, articles and other stuffs narrate the life of Bruno Zevi and his active participation in Italian panorama in all aspects. The third level, through four focus, shows Bruno Zevi as a great architecture’s communicator: Communicating architecture consists in a collection of architecture’s magazine, founded and/or curated by himself, Conceiving the modern city shows the architect’s vision about the relationship between architecture and city planning, Exhibiting history describes some Zevian exhibitions and Zevi against explores, through his writings, the counter-role of the architect and his activism.
As in the exhibition design, also in the catalog Gli architetti di Zevi. Storia e controstoria dell’architettura italiana, there are different levels of reading. By one side, the book includes essays by Pippo Ciorra, Jean-Louis Cohen, Roberto Dulio, Maristella Casciato, Marida Talamona and many others describing the Zevi’s character, as critic and architect, by the other side, 38 short data sheets explain the projects that Zevi analyzed during his work as critic. To emphasize this dualism we designed the book with a very simple color system: on light yellow background the essays and on black background the data sheets. The typeface plays an important role to increase this two aspect. On the data sheets we used a monospaced typeface that recall the small typewritten notes in the Zevi’s archive. The catalog has two different covers, the English one has an orange background and the Italian one has a black background.
Furthermore we designed the exhibition Gli architetti di Zevi. Storia e controstoria dell’architettura italiana 1944–2000.
Exhibition curated by Pippo Ciorra, Jean-Louis Cohen, designed by Silvia La Pergola. 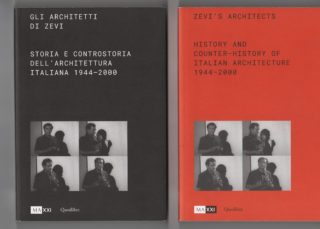 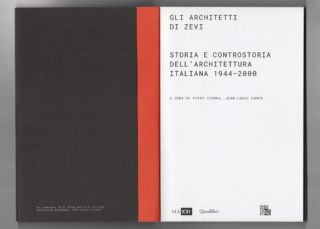 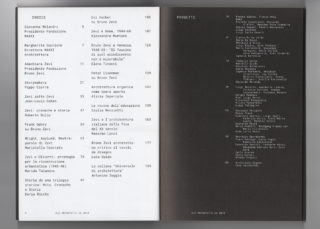 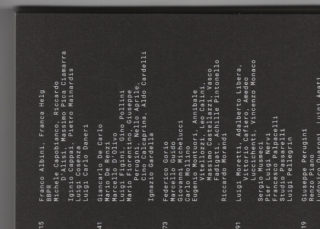 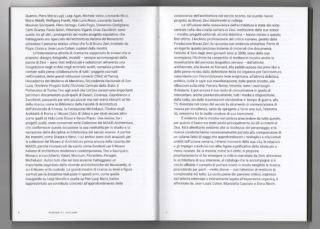 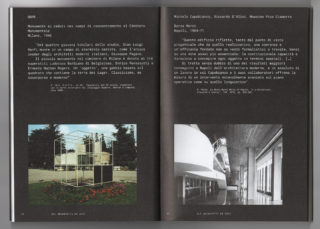 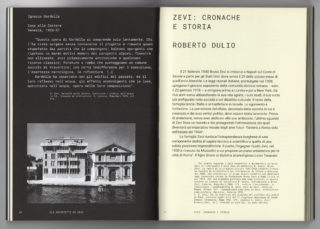 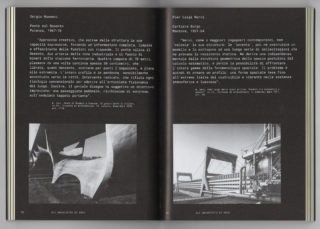 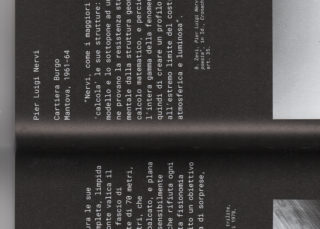 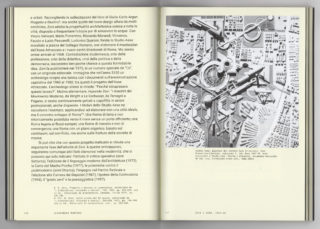 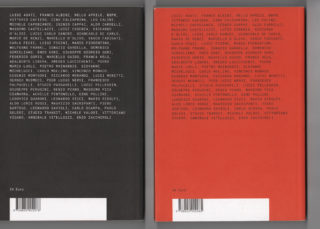 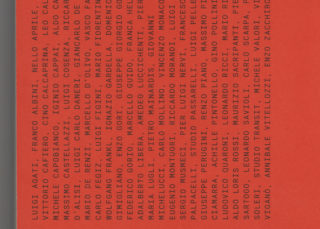