For the third edition of the festival Creature. Esperimenti d’arte in laboratori urbani [Art experiments in Urban Laboratories], the team chose to work with words by an hybridization between architecture, design and literature, with the purpose to give them “space”.

Words are used to define the world, to understand it, to create and communicate. Without them we almost risk losing the meaning in the flow of information and images that overwhelm us every day. Words are meaning and sound but also sign; they have typographic strength, but also the power of the visual imagination to which they refer. The written word is silent but imperturbable, courageous in affirming its meaning and, if polysemic, sincere.

Emergency, frontier, hybrid are the three main words chosen for the festival. Each word have been assigned a newsstand and set up with a micro urban regeneration project populate with talks, events, workshops and walks.

The identity is based on a pictogram representing a face with a furrowed brow and a melancholy, doubtful expression, because of the awareness of the present times. The pictogram also recalls both the urban language and the alternative print production of the counterculture, as in the words of Umberto Eco “Altra grafica potrebbe essere quella che si oppone alla grafica di consumo, che non invita all’acquisto, che non persuade alla bontà di un prodotto: e dunque la grafica polemica e stizzosa dei controgiornali gruppuscolari, la grafica distruttiva dell’underground” [the other graphic could be the one that is opposed to consumer graphics, which does not invite you to buy, which does not persuade the goodness of a product: and therefore the controversial and angry graphics of group-muscular counter-newspapers, the destructive graphics of the underground]. (1)
Typography has been designed in an almost unedited way, in order to reveal the semantic side of the text, together with the use of a cursor, a sign that refers to the text’s editors programs.

For the dissemination materials, we wrote the three words by hand, and then printed on a leaflet with very light weight and large format paper to recall the physiognomy of the newspaper, a publication symbol of the newsstand. Using the material properties of print, paper and ink, we worked on the concept of frontier trying to physically get the ink over the edge of the paper in order to graphically explain the concept of the words.
Each kiosk was assigned a word and each newsagent distributed the paper to its visitors. By exploring the three newsstands, the customer could compose a newspaper made up of three leaflets.
In addition, the newsstands hosted an installation we designed by using the poster and the quotes selected by the Inquiete Festival di scrittrici a Roma. The installation on the main square, who hosted talks, events and workshops was designed with PBAA – Piano B Architetti.

Creature is a project by Open City Roma, part of the Contemporanea Roma 2019 program promoted by Roma Capitale Assessorato alla Crescita culturale and in collaboration with Siae. 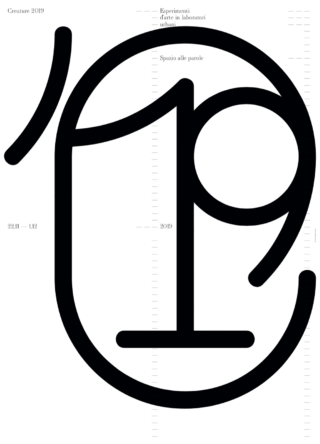 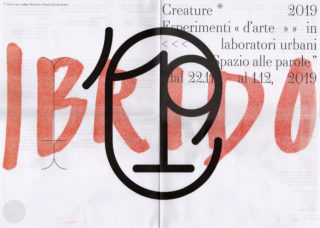 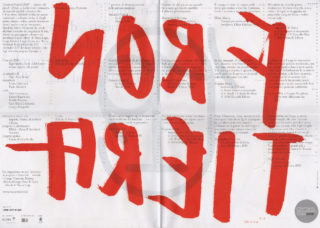 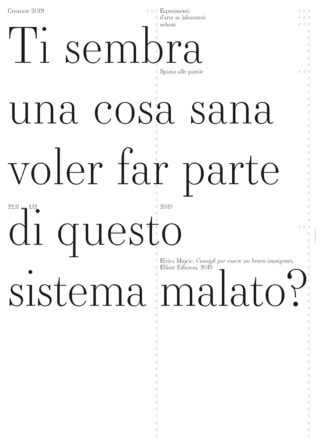 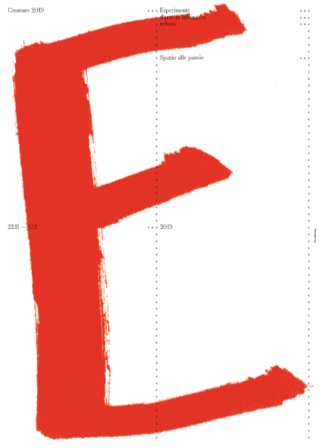 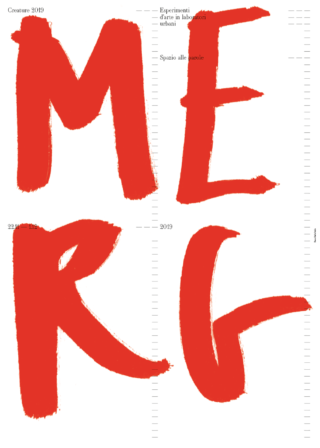 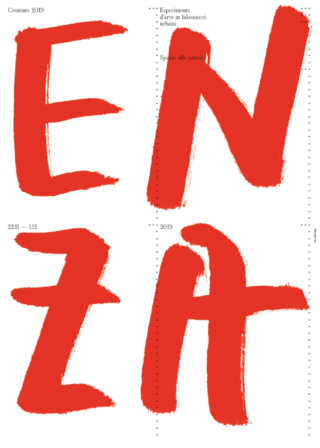 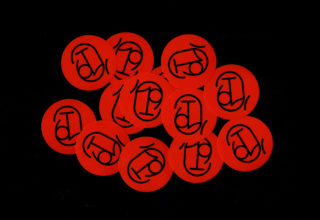 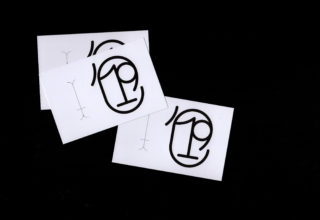 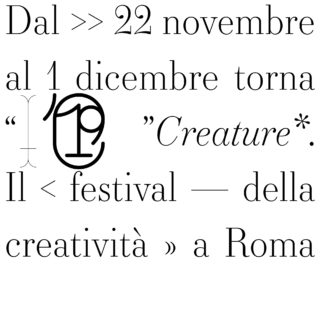 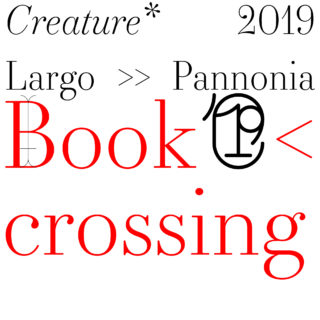 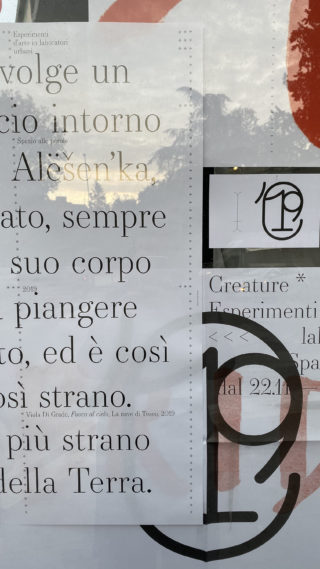 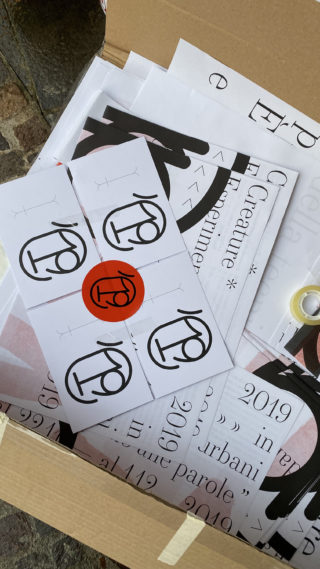 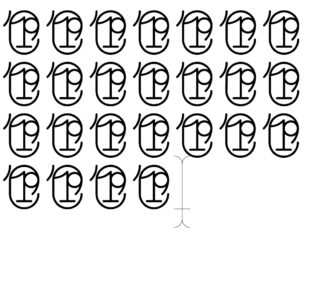 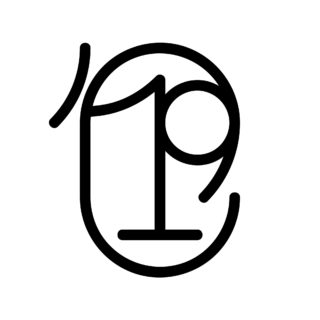 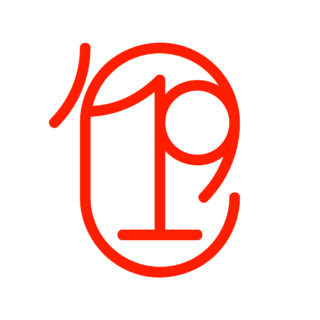 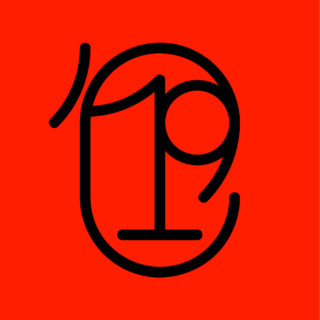 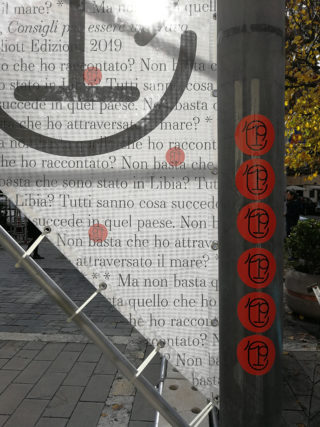 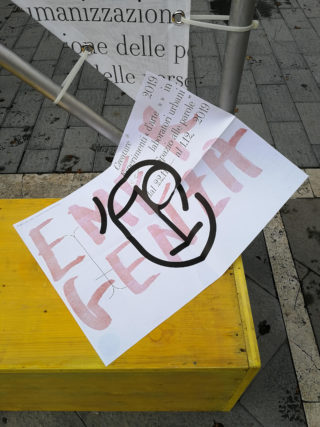 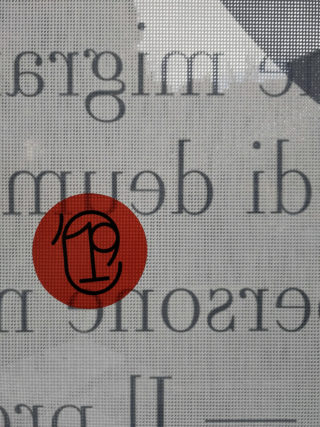 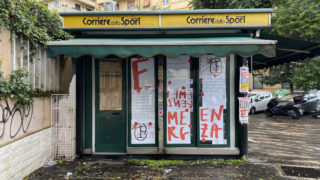 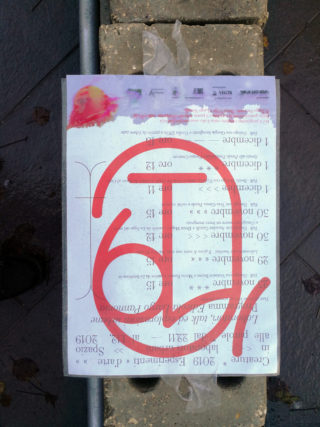 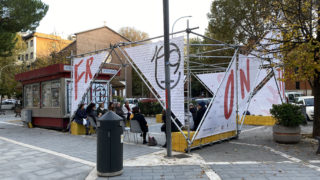 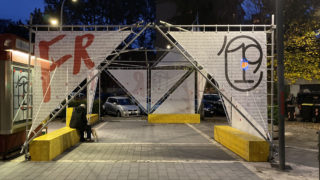 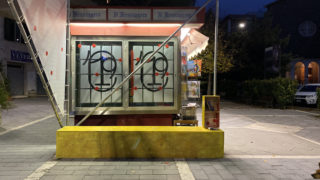 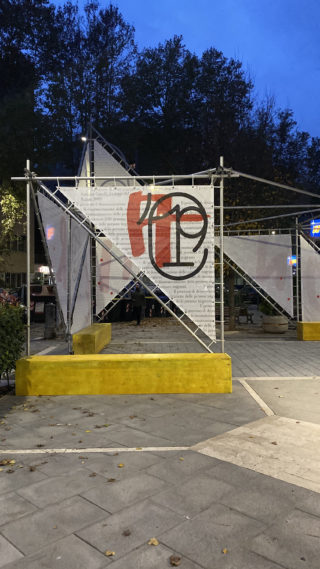 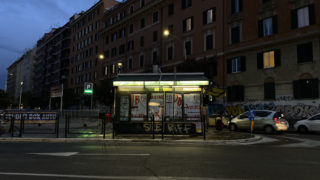