Y × One of a Type, Palermo 2018 Italian Capital of Culture

On the occasion of Manifesta 12 and Palermo 2018 Italian Capital of Culture we have been invited, with other international design studios, to design a letter of the alphabet with the purpose to describe the identity of the city of Palermo. The type selected was the “Y”.

Palermo is one of the biggest town of Sicily island, located in Southern Italy in the middle of the Mediterranean sea and founded in 734 BC as “Zyz”. The main aspect of the city is certainly the enormous presence of different cultures, continuously superimposed from the ancient to the recent history. In this cultural mix the city has gradually created an heterogeneous landscape made of architecture, food, languages and life. The result is a complex mosaic of cultural fragments, each one with a strong identity but whose admixture gave rise a unitary system. It is indeed by observing the city that It seems not to be in a specific place of a country but in a unique place of a imaginary continent in the middle of the Mediterranean sea.

We were immediately fascinated by the strategic position of the city and by the continuous flows of cultural exchange because of the strategic position in the middle of the Mediterranean sea. This is in fact a crucial point in the timeless spirit of co-existence of the inhabitants of Palermo. In her historical syncretism, the city represent the local in the global. It makes possible the coexistence of a specific identity in a common and cosmopolitan view. We tried to analyze this particular socio-political statement by exploring the geographical position of the city and we tried to notice the flux from the outside to the city and vice versa.

As in the work of the Rotterdam-based studio of architecture, OMA, the city “[…] acts as a node for an extended geography of networks and systems that reach far beyond the EU-Mediterranean Area – from Sub-Saharan Africa to Scandinavia, from South East Asia to Gibraltar – rapidly reshaping its identity and role within the geopolitical scenario […] ” (1) Palermo is the scale that balances Europe with the other continents, allowing a dialogue and cultural exchange.

We decided to represent the letter “Y” by drawing three vectors each in the direction of origin of the cultural flow (Europe, Asia, Africa) to the city of Palermo. The letter is oriented with the north at the bottom, as in the al-Idrisi’s Tabula Rogeriana, creating a dissonance in reading. 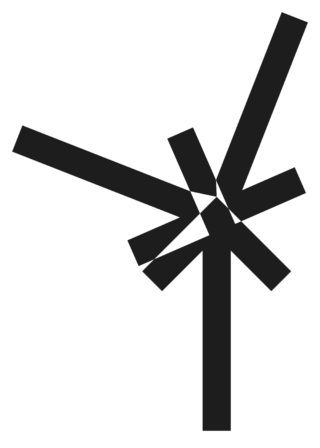