In 2014 we were contacted by MAXXI to design the graphic identity of the exhibition Lina Bo Bardi in Italia. Quello che volevo, era avere Storia. The exhibition, curated by Margherita Guccione in collaboration with Domus and Instituto Lina Bo e P. M. Bardi, is a retrospective on the work of the italian architect before she left Italy to go in Rio de Janeiro, Brazil. Before she departed, Lina Bo Bardi lived in Italy, between Rome and Milan, working with some of the most important architecture’s magazines, like “Domus”, “Lo Stile” and “Grazia”, and conceiving some new ones like “A. cultura della vita”. During that period the architect got in touch with some of the most relevant figures of contemporary architecture like Gio Ponti, Bruno Zevi and others.

Starting by the architect’s portrait while she was arriving in Brazil, the exhibition retraced the Lina Bo Bardi’s history in the form of a chronology. The exhibition is composed by two main parts: a timeline and a wall with materials extracted from the magazines. Considering the shape of the exhibition’s space we designed a reverse chronology structured like an big infographic. Near to texts and original items, like drawings and photographies, we designed some elements that showed to the visitor the cities and the people involved in Lina Bo Bardi’s life. On the upper side of the timeline, we designed a parallel route with some extracts from Curriculum letterario. On the other side, we designed a wall with big four group of items, one for each magazine. 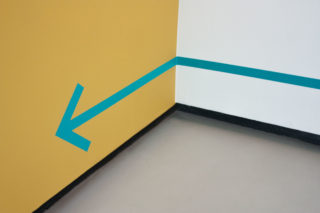 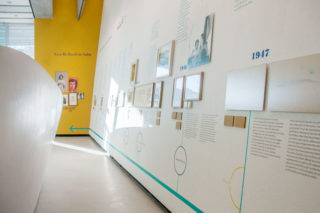 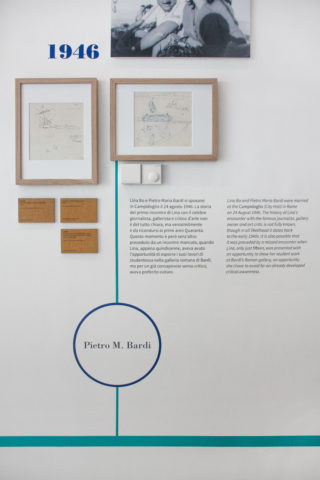 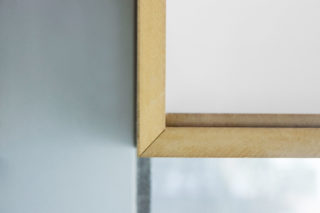 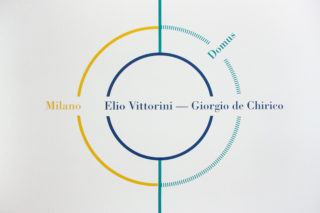 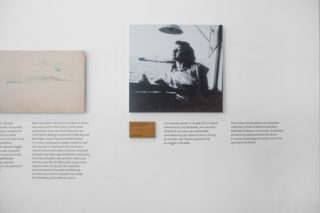 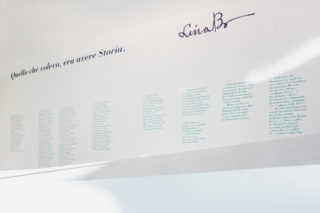 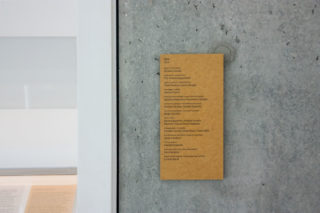 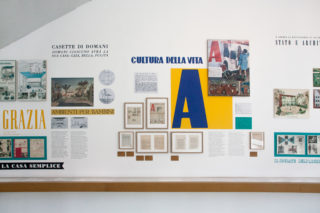 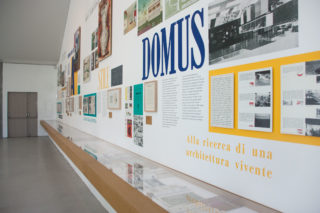 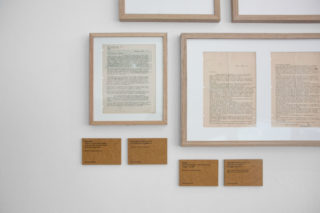 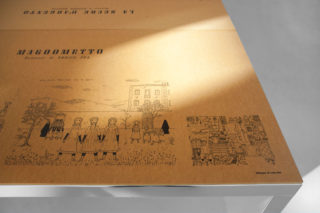 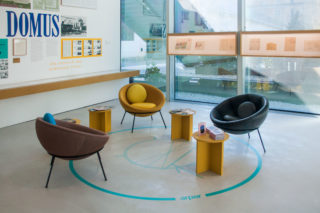